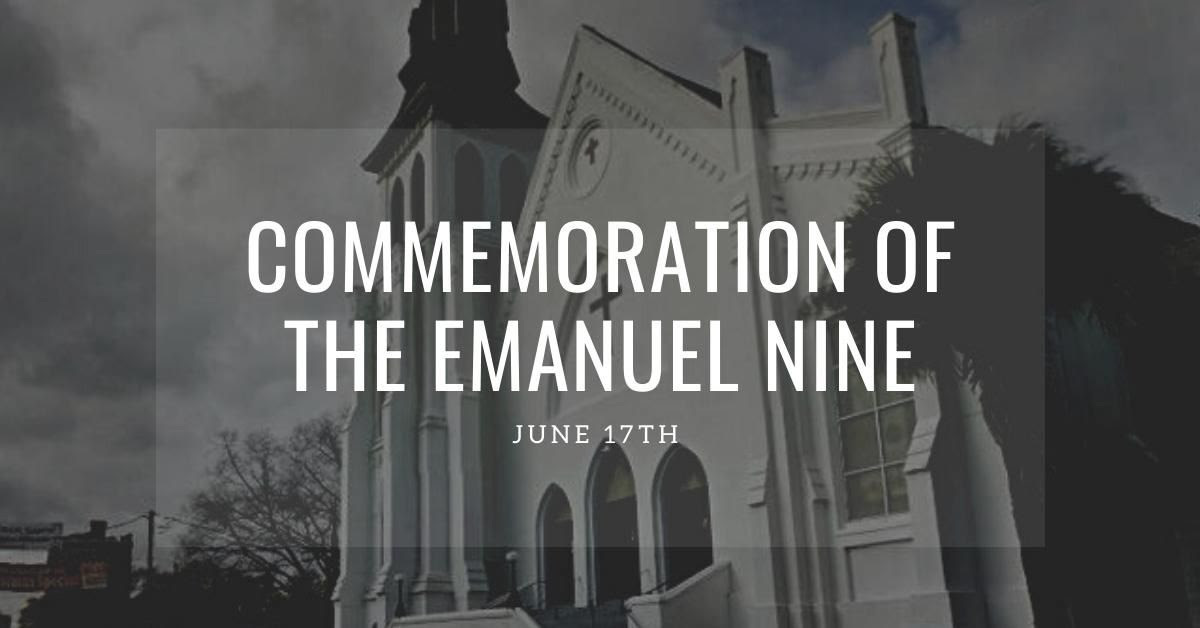 In 2019 voting members of the ELCA Churchwide Assembly adopted a resolution designating June 17 for commemoration of the martyrdom of the Emanuel Nine, who were shot to death on June 17, 2015, by a 21-year-old self-avowed white supremacist during a Bible study at Emanuel African Methodist Episcopal (AME) Church in Charleston, S.C. On this day, the ELCA calls on members to worship, repent from racism and white supremacy, connect more deeply with the AME Church and support construction of the Emmanuel Nine memorial (www.emanuelnine.org). For more information and resources, see Commemoration of the Emanuel Nine — June 17 - Evangelical Lutheran Church in America (elca.org).