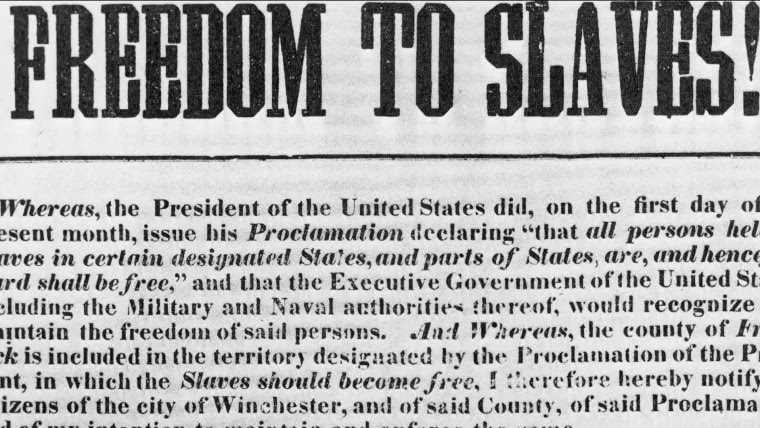 On June 17, 2021, President Biden signed legislation making Juneteenth a federal holiday: Juneteenth National Independence Day. “Juneteenth” refers to the June 19, 1865, announcement the day the abolition of slavery was announced in Texas, one of the last Confederate holdouts of the Civil War.

On Jan. 1, 1863, President Abraham Lincoln issued the Emancipation Proclamation ending slavery in the Confederate states. Two and half years later, and two months after the end of the Civil War, Union troops arrived in Galveston, Texas, on June 19, 1865, to find that news of the proclamation had not yet reached Galveston and that people of African descent were still enslaved in Texas.

Union general Gordon Granger then formally announced the emancipation from the balcony of the former Confederate Army headquarters. In the face of many uncertainties for the formerly enslaved people, annual commemoration of Juneteenth was a galvanizing force in the lives of African Americans in Texas and across the United States. Juneteenth celebrations include parades, storytelling, educational programs, and family gatherings.